We knew we had to create some screen time rules when summer break first started. Sam would roll out of bed and immediately stroll into my office, asking if he could watch something on YouTube or play on his tablet.

If you’re dealing with the same, our  “Screen Time Rules” free printable should help! For more family organization ideas, check out these printables to organize everything in your life. Or get off the screens and make these giant bubbles outside or these summer crafts for kids. We also love spending time outside with these awesome backyard activities. 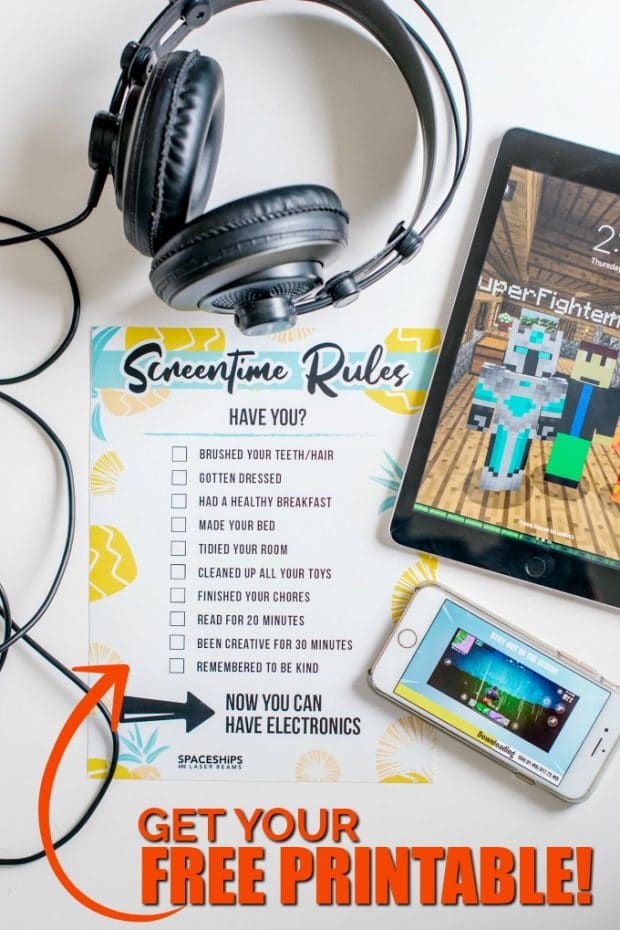 With the long, lazy days of summer break upon us, I’m getting asked for more and more electronics time by Sam.

While I am fine with some screen time for him, I don’t want him to get in the habit of constantly being on a device for entertainment. 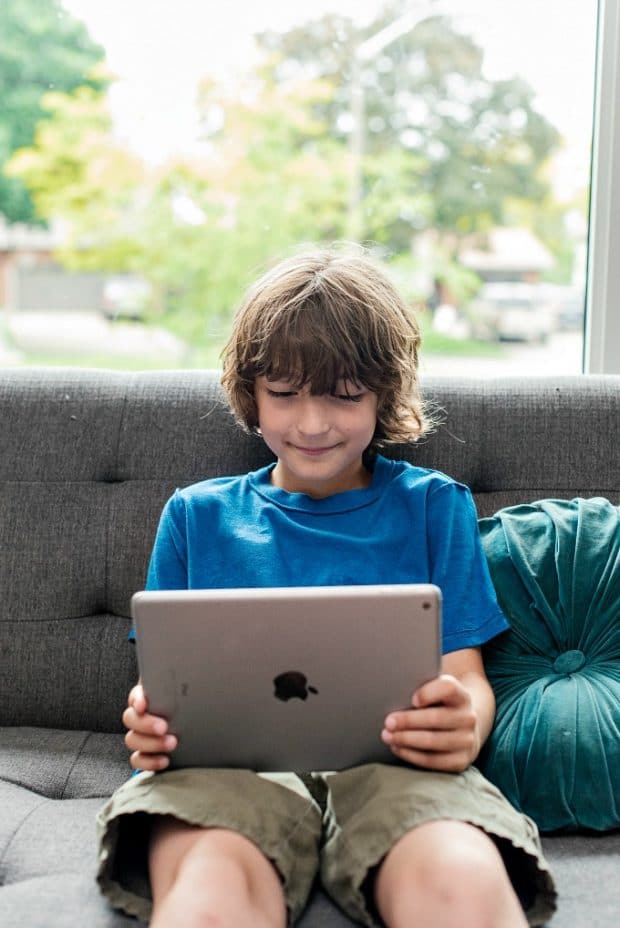 I recognized that his iPad was becoming his go-to from the second he woke up — he wasn’t playing or doing any chores. I knew I had to nip it in the bud fast before it became an ugly habit of summer.

Mike and I were recently talking about how different childhood is today than how we grew up. It wouldn’t have occurred to me to park in front of the TV except for Saturday morning cartoons. And, of course, there were no tablets or other devices back then either. It really feels like a different world now.

We want Sam to have experiences like our own childhoods. It’s important to us that he continues to take time to read and explore, to use his imagination, and to be creative. 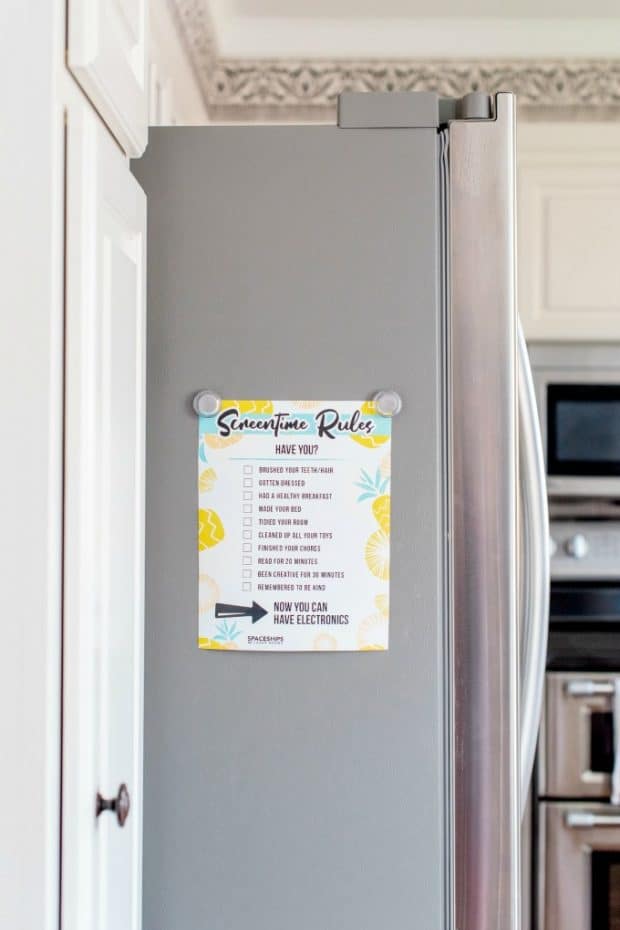 We decided to make this simple “Screen Time Rules” for summer printable, which I printed and laminated before hanging on the fridge. Download it here.

It took a few days, but before long, Sam was heading to the fridge to double check what he had already done before he started asking me for time online or in front of the TV.

He’s even started asking me if there is anything he can do to help me. Do wonders never cease!

We’re finding he’s asking for less and less screen time now, even after checking off all the items off the printable. He’s engrossed in reading and playing on his own and is happier to skip the electronics. 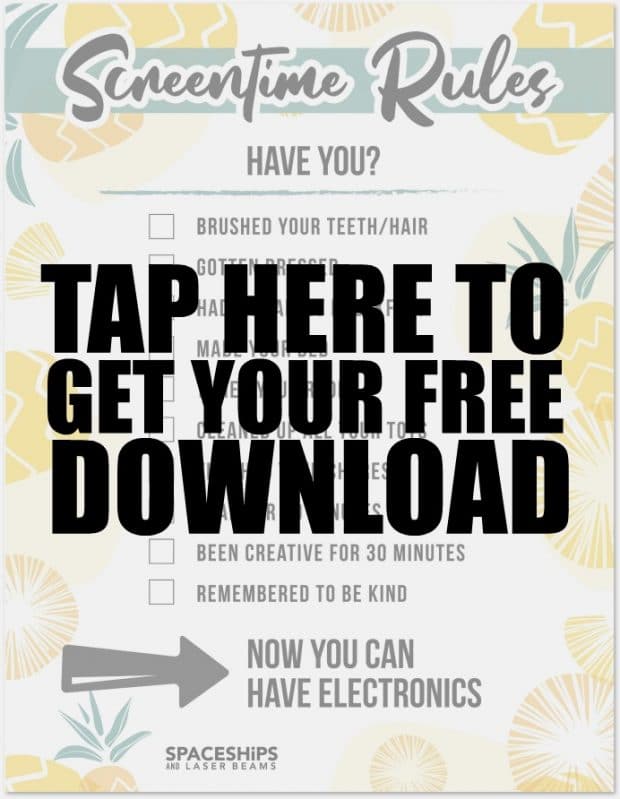 Need a little inspiration for screen time-free playing? We have it! Check out these ideas: