We love getting photos of parties that take an approach that’s different from the norm. That exactly describes this retro rocket ship dessert table for a birthday party. It was created by Hello My Sweet and it seems like it walked out of the screen of a 1950s space movie. Love the color palette. We love the styling, creativity and the whole thing actually. It’s perfect for any little astronaut wanting a space explorer-themed birthday party. All of the credits for this party are Hello My Sweet. They do all their own designing, baking, photography, etc. Scroll down to the bottom of the post to hear their fantastic background on the party (in italics).

Information About The Table:

The props that we incorporated into our table are a space helmet and a rocket pack, which are wearable items that kids can use to “fly” around the room and burn off a little of that energy! You can work some crafting magic with just 1-liter soda bottles, paper cups, a package of elastic banding, an Utz cheese ball container, hot glue, and some spray paint.

The fishbowl-shaped holder just lifts off (no pun intended!) to expose the goodies inside the other candle holder. We even added a few details to the top of the spherical candle holders to tie in the look of them with the large space helmet made out of the Utz cheese ball container.

Several other purchases that also came from Dollar Tree are 2 packages of water guns that were spitting images of the old-fashioned “Ray Guns.” We just used some fine grit sanding paper to scuff up the surface, masked off a few areas, and painted them to match the other props on the table. Lastly, we ended up purchasing 2 packs of inexpensive paper plates, one pack of white, and another of black. We then cut a crescent shape out of the white plate and used double-sided tape to adhere it to the whole, uncut, black plate. A small and easy D.I.Y. that adds extra atmosphere to the whole setup!

Another idea we wanted to implement was for the beverages on our table. Specifically wanted it to be a two-step interactive process that kids (of all ages) would enjoy. Anytime you can get your party guests involved in the party they are at, instead of just being in attendance, you are winning.

Although the combination process doesn’t actually involve any actual science, it’s just Mio Liquid Water Enhancer and club soda, you could integrate that into your own party setup. One container would have the “fuel”, or a small amount of Mio flavored club soda and would be added to another container, the “tank”, that would house the clear club soda.

We had on hand from previous holidays, some Wilton containers of sugar sprinkles that oddly looked like test tubes. We just dumped out the sprinkles into some Tupperware and cleaned them out, then filled them with the Mio solution. Then all we needed were the “fuel tanks,” and we remembered a bottled water brand by the name of VOSS that had some really nifty-looking bottles.

On all these really cool plates (from Etsy shop ), trays and containers sat our
goodies. They ranged from bite-sized treats consisting of “Lunar Bits” or Hershey’s Cookies’n’Crème drops, “Meteorites” or Milk Chocolate Rocks from Wal-Mart, “The Original Atomic Fireballs” or really effing hot balls of fire in your mouth, to “Food Pills” or Good & Plenty’s. Because you know, in the future all your food will come in pill form

As far as the printables go, we just want to state that you can derive inspiration from the strangest of places or things. At some point in time, we got some articles of clothing from UNIONBAY. It came with a tag, that with a little tweaking, We thought would look great on our table. Modify the overall shape slightly and keep the orientation, change the colors, throw in some retro sci-fi elements, and voilà.

Hopefully an instant classic with customers over at our Etsy store (https://hellomysweet.etsy.com) in the coming weeks. We wanted to have a bit of fun with the invitation and model it after a mash-up of an old-timey telegram message, with the “stops” or breaks, and receipt of orders from HQ. The “Thank You” card included in our set is also a break from the norm in that it replicates receiving an award or plaque for your attendance.

Back to School Party Ideas on a Budget 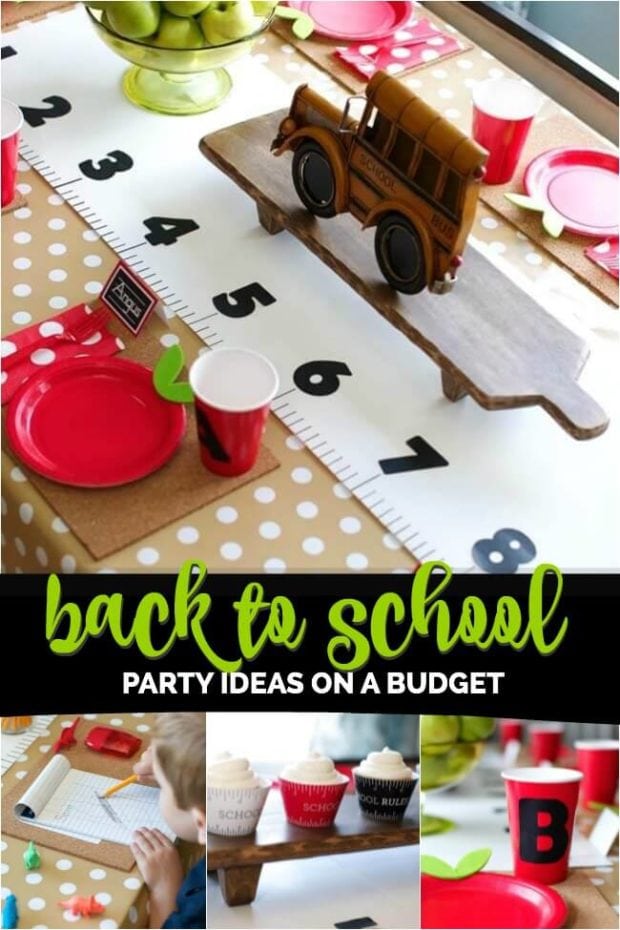