London calling! A celebration fit for a little prince, this London-themed boy’s first birthday party delightfully captures all of the iconic favorites of London culture.

Christina and Tasya, of Fairy Floss Party and Favors, dressed these event ideas in all the colors of the British flag, while the Queen’s guard stood at attention before a London skyline set. A gorgeously detailed cake, plenty of personalized party supplies, and royally delicious treats made this party more fun than a double decker tour bus ride!

You don’t have to take a spin on the London Eye to see this party, it was flawlessly captured by Xna Pictures. Keep calm, and love this party.

A fantastic representation of the London skyline is the setting for this party. No detail was left out. A red telephone box, double decker bus and even street lamps and a bicycle complete the scene.

Clouds, pennant banners, balloons and a “sidewalk” take this stunning backdrop from floor to ceiling.

A remarkable birthday cake echoes the party scene in incredible detail. I don’t know if my favorite part is the tiny crown circling the uppermost layer draped in the flag or the mini guards at attention around the castle layer.

A themed dessert bar overflowing with this many scrumptious goodies requires a trustworthy pair of guards. Personalized chocolate bars and lollipops, cupcakes, perfectly detailed cookies, and loads of other treats awaited guests at this wonderfully outfitted table.

Simple serving ware like glass jars, wire baskets, white glassware, and wooden boxes allow the theme, as well as vintage props like an antique telephone and a Royal Post savings bank, to shine.

Little Hiroshi and all of his guests had a fantastic time enjoying the picture-perfect props and scenery and delicious desserts.

I hope you’re as impressed by the talents as I am!

Is London calling you to throw your own royal boy’s birthday party? Check out these British party supplies:

By order of the prince, you should definitely give these boy birthday parties a look. 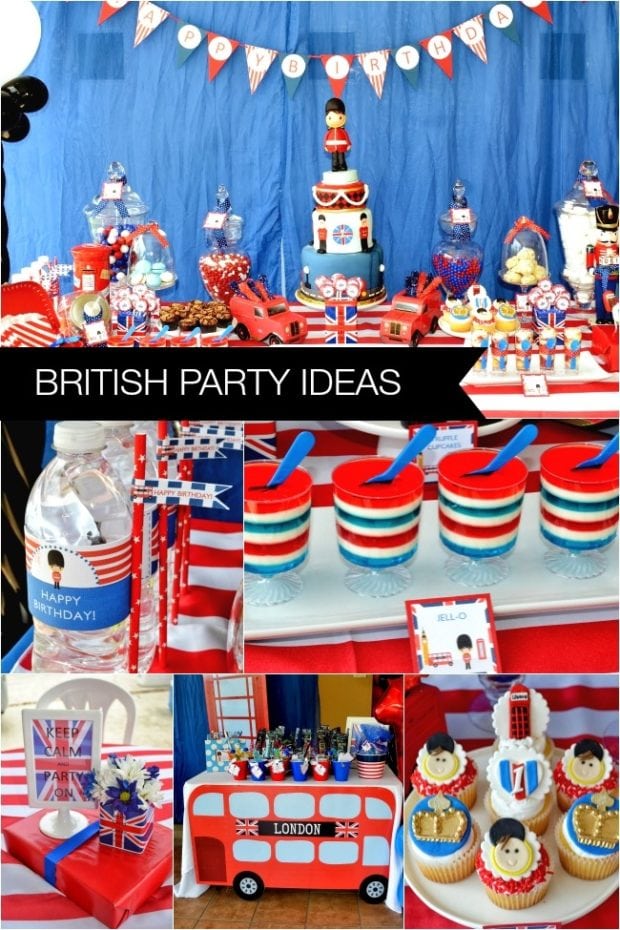 Check out this British Birthday Bash… 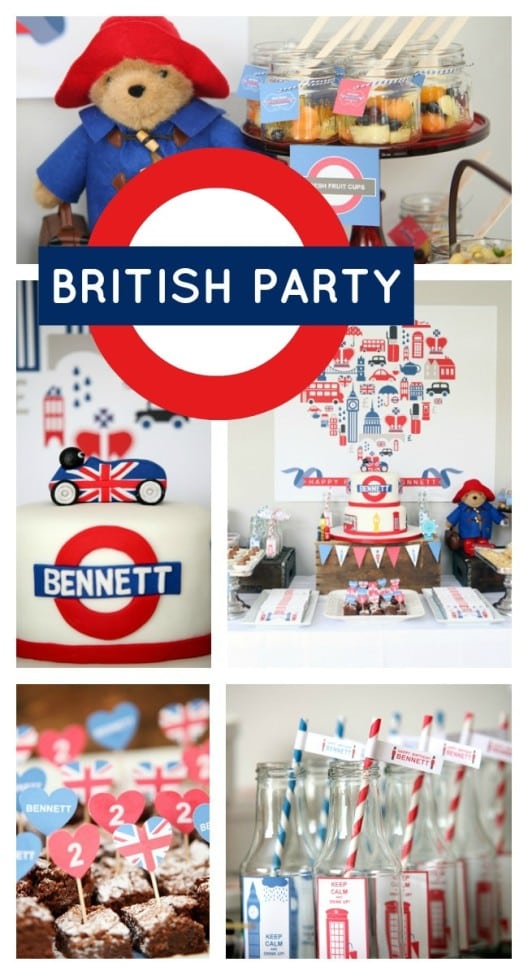