At least, that’s the story of this Knights and Dragons fanciful birthday party! Michelle’s Party Plan-It took the age-old theme of Knights and Dragons and brought it right into the 21st century. Michelle chose party supplies to present an impressive dessert table right under boldly colored dragon banners. A formidable knight is stationed in front of “stone” castle walls and flanked with “flaming” torches. Harlequin diamond decorations and fleur-de-lis topped cupcakes add to the graphic, masculine appeal of this party idea. Although the dragon banners looks fierce in black, red and yellow, the not-so-scary, fire-breathing dragon on the table looks like someone a guy might want to befriendinstead of behead!

The royal guest table is ready for knights home from the crusade. Their golden shields lay at the ready on tables richly covered in black silk and red velvet. What knight wouldn’t be willing to fight for his sovereign when coming home from the battlefield means dining off golden chargers and drinking from a gold, jewel-encrusted goblet?

But even in the kings castle a knight must always be ready to defend, so swords are thoughtfully hung nearby, on the chair backs. The dragon centerpiece is surrounded by jewels, but I think the knights are more interested in the shield lollipops and their personal treasure boxes.

Love this party? Get the Look!

These activity favor boxes hold dragon banners to color, and dragon gliders to fly. Game cards are thoughtfully provided, too, and look festive in their harlequin sleeves.

There are so many imaginative details in this party! A variety of royal chocolates are offered in crest-embossed boxes, golden wrappers and crown covered sleeves. Two flavors of popcorn fill harlequin containers that are also decorated with the theme dragon and shield. Cupcakes are topped with fleur-de-lis. Rice Krispie castle towers fly colored banners.

An impressive Excalibur sword guards the strawberry shortcake that’’s being kept under (I’’m sure it’’s a dungeon) lock and key!
This Knights and Dragons themed birthday party just might inspire dreams of grandeur. It will surely fire imaginations of moms and boys in every kingdom, where they should all live happily-ever-after! 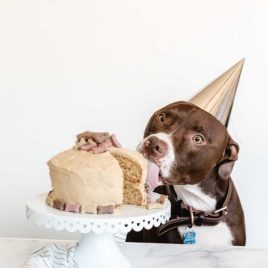