Every Tuesday till early September we’re going to be featuring a budget themed dessert table or tablescape from the talented women who have graciously volunteered to take on our Boy Bash on a Budget Challenge. And we’re even going to throw our own work into the ring from time to time and follow the same budget confines. Every participant gets the Spaceships and Laser Beams Collection of their choice + $50 for a dessert table or $20 for a tablescape. They can also use anything they are able beg or borrow, make themselves or already own.

Earlier today I featured the food and dessert tables from our most recent Boy Bash on a Budget Challenge submission. It is a mad science themed birthday party that Mindy of Creative Juice threw for her son’s second birthday. Since there were so many photos, I decided to break these awesome favor bags out into a separate post. I’ll be back tomorrow with the even more awesome activites she had at the party. All I can say is Mindy makes the most awesome mad scientist ever. 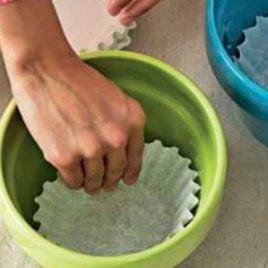 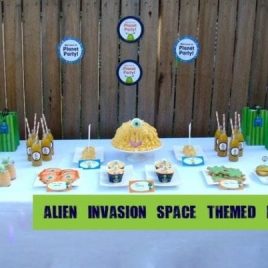 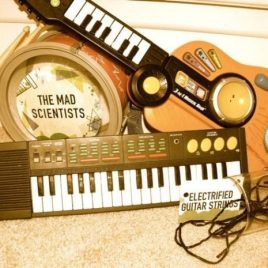