Does your little kid like to act like an animal? How about having a birthday party at a zoo? That’s what Charlene, of Party Envy by Charlene, did recently. Simple yet colorful decorations, an easy-to-do snack cake, and fresh air, combined to create a unique birthday party.

The party venue was the former home of the Los Angeles Zoo, which was closed in the 1960s when a new zoo structure was built to house animals. The original zoo has been converted to a picnic area and that made it a perfect choice for a small group of party animals to celebrate a zoo-themed birthday. All of the original enclosures are existent at the park, so of course, the kids wanted to go on a great exploration. Animal calls came with the party.

Since the kids wore animal masks and visors, they became part of the decorative scene. The kids also played ring toss and blew bubbles without having to be concerned about the furniture. Charlene used orange and yellow as the predominant colors against the extensive stone wall backdrop, but also included a range of bright colors for party fun.

With such an immense venue, Charlene chose to focus the decorations on a smaller, manageable area. Rustic fabric strip garlands were punctuated with alphabet animal pictures and balloons for a backdrop. Guest table centerpieces were animal-topped candy jars on pedestals; plastic animal figures and pictures were positioned around the base.

Instead of having to bother with cutting cake slices, easy-to-hold striped snack cakes were arranged on a pedestal and topped with a mini pennant banner that held the word, “Zoo”. Cotton candy and cookie-filled cones were also easy to grab, as were the larger cookies, donuts, and candies. Colorful juice barrels quenched thirsty explorers.

Before leaving the park, young guests were able to fill favor bags with their choice of stuffed animals, Play-Doh, candy, and boxes of animal crackers. Even if you don’t have an empty zoo to explore, most zoos do have picnic areas and playgrounds that would provide a similar experience. Follow Charlene’s lead and use easy-to-hold treats for a fresh air, fun-time birthday celebration.

Get more birthday party inspiration with these ideas:

Plus, you’ll want to check out 19 Jungle Safari-Themed Birthday Parties 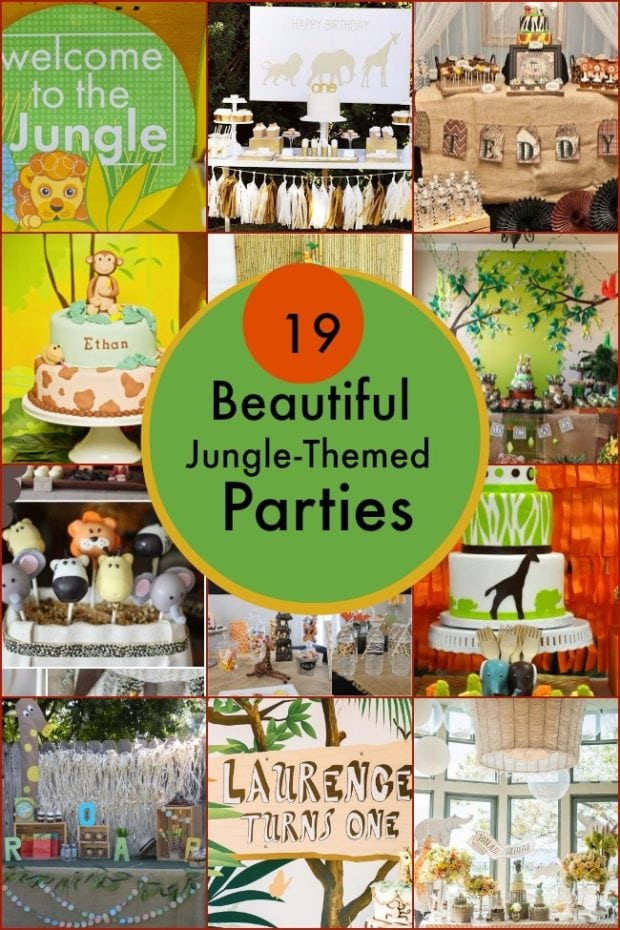