An older kid’s Halloween party can depart from the classic black and orange ideas and veer toward a sophisticated black and white theme. With decorations, cupcake sleeves, and favor boxes, Pamela of D&P Celebrations has conceived of just such a party. When placed in a majestic black frame, it becomes a table focal point. If Halloween can ever be described as lovely, this dessert table might be it!

We like the versatility of the printables. They can be used as favor tags, and bottle labels and can also be printed on edible paper to decorate cookies. The calligraphy on all of the printables gives a Victorian-vintage-Goth feel, which is reinforced with the candelabra and wire-tiered cupcake stand.

That easily coordinates a lot of party supplies and produces a great effect. Beverages are proffered with grim descriptions of “Sweetly Toxic Poison: Black Death”, “Love Potion #9” and “Elixir of Doom”. Solid black straws and cupcake flags wear warnings of “Boo” and “Beware” but we don’t think that will keep anyone from sampling the goods.

Candy-filled test tubes are labeled with such monikers as “poison” and “bat droppings”. Small favor boxes are decorated with a darkened moon, a barren tree, and an old iron fence so you see this party is not sunshine and roses, but it isn’t lots of gore and goo either. If you are looking for a party that says “Halloween” but you want to try something a bit outside of the mold, this might be the one to get your imagination running!

Plus, don’t miss out on 21 Halloween Party Games and Activities 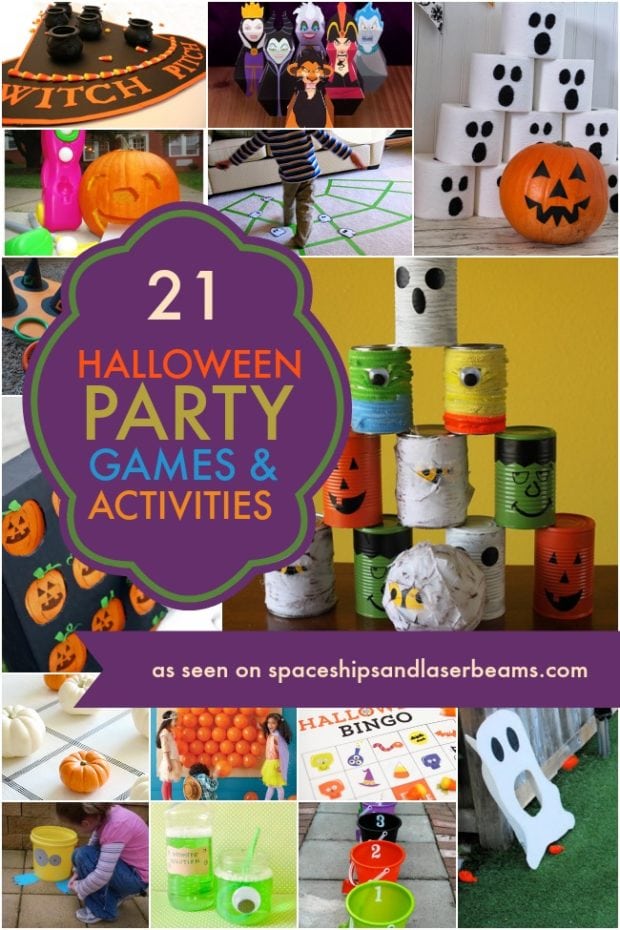